"River red gum is the most widespread Australian eucalypt. It occurs in all mainland States, but forms dense stands only along the middle reaches of the Murray River and its tributaries."
&
"The Barmah and Millewa river red gum forests, covering about 68 000 ha, are listed on the Register of the National Estate in recognition of their Aboriginal and European cultural heritage and significant natural values." National Forest Inventory (abt 1991) 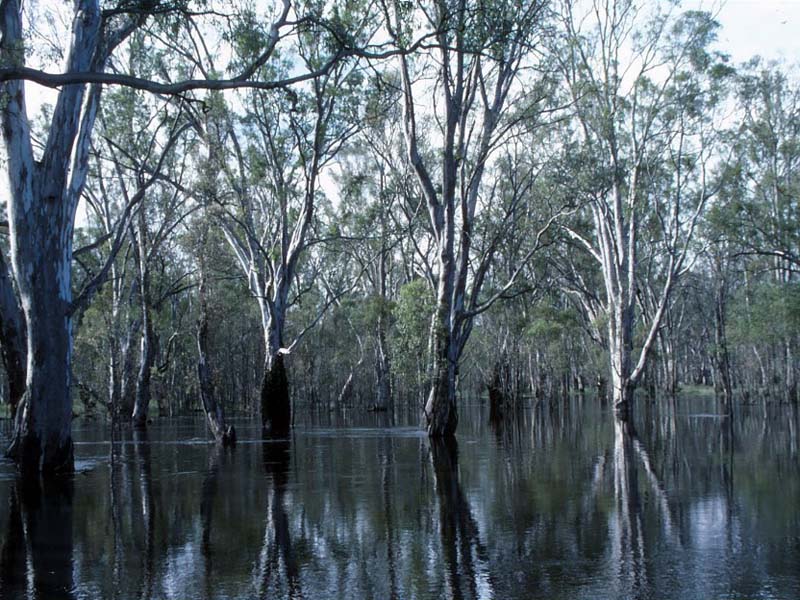 If you have an interest in the River Red Gum forests, and the Barmah Forest in particular, then this article will help you to navigate to the resources which should be of interest to you. One of your first references, from those available on this site, should probably be the history of Barmah Forest by Charles Fahey (1988. The extracts below, from this publication, are designed to give you a flavour of the history of this magnificent forest.

"The first major use of the River Red Gum was by Collier and Barry, the contractors of the Bendigo to Echuca Railway line. In 1863 or 1864 these contractors established a Red Gum mill for sleepers, which they closed when the railway was constructed. After the completion of the Echuca railway Victorian railway growth slowed down for a number of years. Nonetheless, red gum was in demand for the construction of wharf piers and, in the late 1860s, for export to India for railway sleepers and piers. Furthermore, in the late sixties Bendigo's quartz mines began to go deeper and deeper, and Red Gum was found to be excellent for the slabbing of shafts."

"As early as 1870 much of the easily reached timber in the Barmah Forest had been worked over and the Gunbower and Yielima Forests were greedily eyed by millers."

"The 1870s were a period of rapid Victorian railway expansion and by early 1874 at least six millers were at work, or intended to work, in the Barmah/Yielima Forests."

"Competition between the millers was cut throat. It was alleged that established millers attempted to exclude newcomers by sending gangs of men to new sawmill sites, where they would fell and brand all available timber yet make no attempt to remove it."

"Men were also sent to any place where good timber was available, and trees were cut down regardless of their condition or size. Thousands of trees were felled which had not reached maturity, and many felled trees were abandoned as ill adopted for sawmilling, or because they they could only be removed with great difficulty."

"As the timber trade in the Barmah Forest grew, the mills of Mackintosh and his competitors in Echuca evolved into complex industrial structures. In 1873, Mackintosh's Echuca East works consisted of sawmills, office, stables, a blacksmith shop, Mr Macintosh's own house, and houses for his employees. Machinery at the site was powered by a 20 hp horizontal engine supplied with steam by a large Cornish Flue boiler, 30 feet long with a diameter of 5 feet 6 inches. This engine drove two circular saws, a vertical saw, and a double jigsaw. It was also used to hoist logs out of the river by a windlass attached to the main shaft. A tramway had also been laid down from the river to the mill."

"By the 1880s the Red Gum trade had seen its greatest days. Those mills that had not closed or amalgamated were floated as public companies."

"It was not surprising, given this lack of attention, that the Royal Commission on State Forests and Timber Reserve reported critically on the state and management of the Barmah Forest in 1899. The Commission reported that the forest had furnished enormous quantities of Red Gum; the logs being either floated down river to large mills in Echuca or sawn up in the forest by small portable mills."

"At the turn of the century, when the Royal Commissioners were examining the state of Victoria's forests, a half a dozen or so millers were at work in the Barmah Forest. In the years 1899 to 1901 an average of 2 million super feet of sawn timber was produced. A decade later the annual production stood at two and a half million superfeet. ... From 1918, management of the Forest was placed in the hands of the forest officers of the newly formed Forests Commission. Forest Commission control continued up until the formation of the Department of Conservation, Forests and Lands in 1983. During these years the haphazard management of the 19th century was replaced with strict controls over milling and hewing, and silvicultural work - briefly tried by the frustrated Perrin in 1892 - became a regular feature of forest management."

"From the 1930s foresters also kept a close watch on other aspects of forest management. Although one of their greatest concerns was to monitor the regeneration of Red Gum, they also reported on: fire damage and fire control; the condition of bird and plant life in the forest; the presence of noxious weeds; and damage done to the forest by insects, plant diseases and animal life. In addition, the control of grazing was taken from local committees and entrusted to the Forest Commission and its Barmah Forester."

"However, in the early 1930s Barmah's foresters noted a more alarming problem: the failure of red gum to regenerate, and the deterioration of mature stands. One explanation for this problem was the immediately obvious change in the flooding patterns when irrigation works were constructed upstream from Barmah."

"By the mid 1960s Dexter's work had produced a detailed picture of the process of Red Gum regeneration. His work revealed that : 'useful germination occurs on unflooded areas in winter and early spring during periods of regular rainfall. Water temperatures during winter are generally unfavourable for germination on flooded sites, but germination is prolific following flood recession in spring. Soil moisture and seed bed conditions are the main determinants of seedling establishment, although prolonged flooding limits seedling establishment when satisfactory seed beds have been prepared."

The Council (the Land Conservation Council ca 1984) recognized the importance of the Barmah Forest as a producer of hardwood, and recommended that this continue in the areas not designated State or Regional Parks. However, in timber producing areas, it also called for measures to conserve native plants and animals, to provide for open space recreation (including hunting), to cater for public education and to protect historical sites. The Council noted with approval the Government's decision to build an educational and interpretation centre in the Barmah Forest." 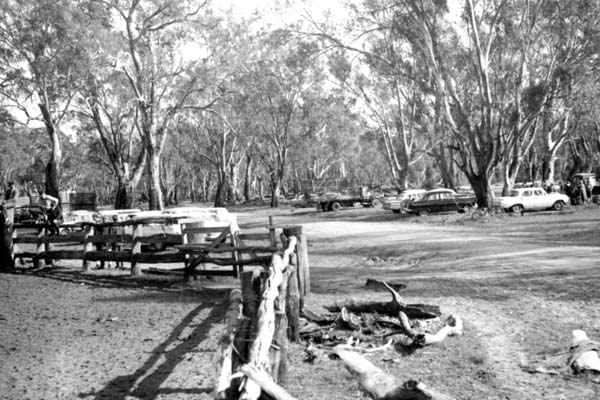 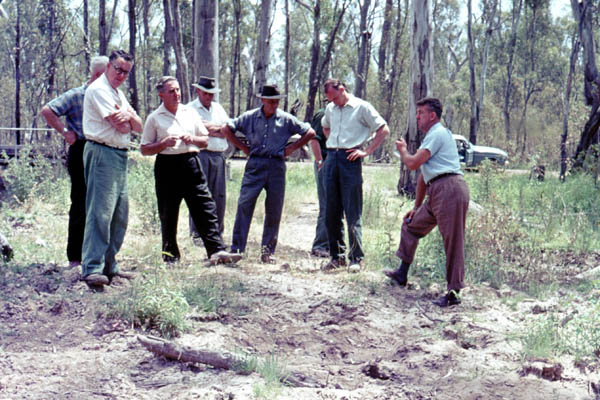 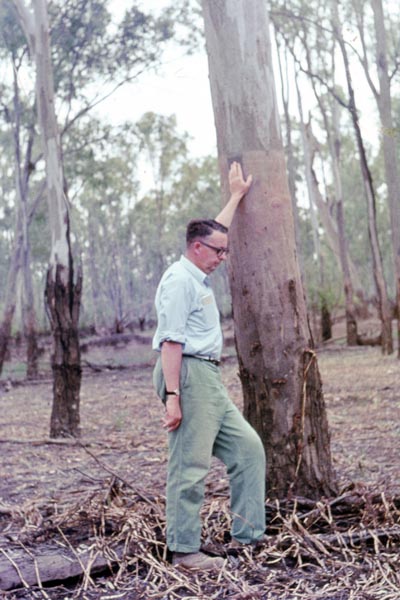 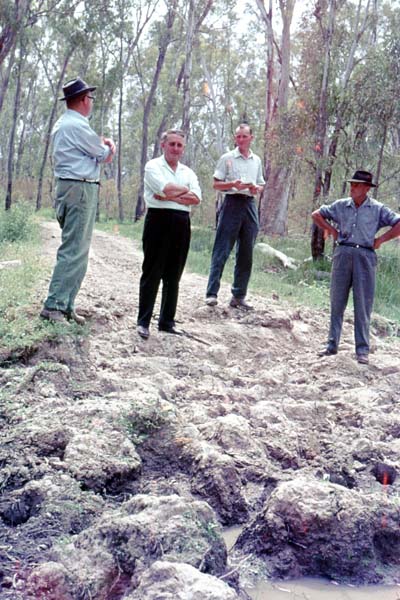