Don entered the VSF in 1959 at 16 years of age. He would graduate in 1961 with an Associate Diploma in Forestry, and gain his full Diploma while posted to Myrtleford after submitting a thesis on “Low Intensity Prescribed Burning in Three Pinus radiata Stand Types at Myrtleford”.

His first posting was to the Forest Assessment Branch, and the first job was to assess Alpine Ash stands while camped at Horseyard Flat near the Moroka Hut in Gippsland. The next two to three years included assessing Red Gum at Lindsay Island on the Murray River between Ned’s Corner and Renmark. This was followed by time at Cann River and on the Errinundra Plateau where he was based at Bendoc.

He broke the mould when he became the District Forest Officer (DFO) at Rennick in 1980. When appointed to the position Don was the first DFO to be promoted without regard to the position in which he graduated at VSF – the first promotion of its type based solely on merit. He was DFO at Erica from 1983 to 1985 and the last FCV officer to occupy the role. The formation of Conservation, Forests and Lands (CFL) followed and, with the establishment of 18 Regions, Don moved into the position of Assistant Regional Manager, Public Land in the Warragul Region.

In late December 1986 a decision was made to amalgamate Warragul and the neighbouring Traralgon Regions into the Central Gippsland Region. As a consequence of the amalgamation Don moved to work for the State Forests and Lands Service under the management of Bob Smith. His specific task was to estimate wood flows from the Central Highlands 1939 ash regrowth resource, where harvesting had commenced, and use that information to plan the upgrade and expansion of the road network required to move sawlogs and pulpwood efficiently. It was a huge task but, as with anything Don did, he tackled it with energy and a wonderful understanding of the forests involved. One of the legacies of this work is that there is now a good standard road (the South Face Road) along the southern face of the Baw Baws. It extends from above Tanjil Bren to north of Parkers Corner above Erica.

In the latter months of 1988 Don was appointed as the Assistant Regional Manager, Public Land in Central Gippsland Region. It was during this time that he was the key driver of the development of comprehensive timber harvesting prescriptions that are still in use today (2022).

In 1991 CFL disappeared, and after the Departments of Conservation and Environment, and Conservation and Natural Resources had come and gone, the Department of Natural Resources and Environment was established in 1996 with a much reduced number of Regions. Don became the senior Forest Manager in the Gippsland Region which extended south of the Divide from Warragul to Mallacoota. It was a huge responsibility, made only more complex by his role in leading forestry training state-wide, but Don was more than up to the task.

Forest firefighting had been a part of Don’s life since graduation from the VSF, and in January 1999 he was awarded the Australian Fire Services Medal.

Don retired in June 2000. His 40 year contribution to the management of the State’s publicly-owned forests was significant. 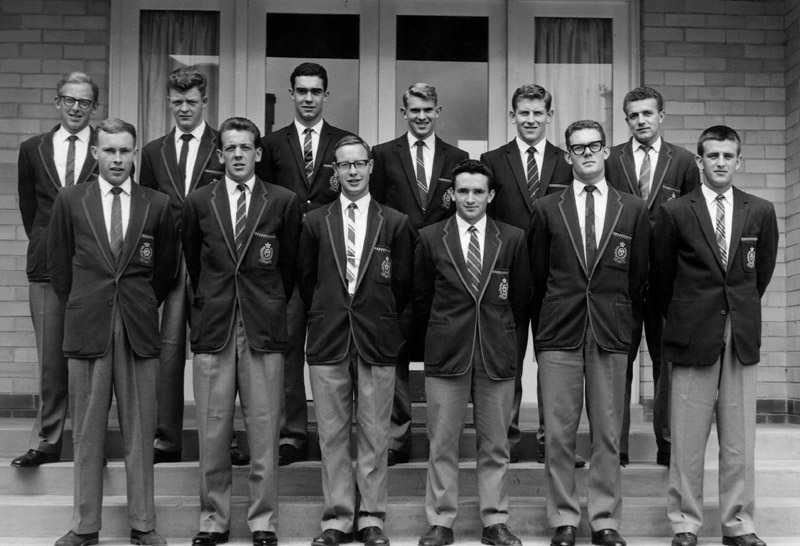