This article has been developed using extracts of Bill's story published by 485 Squadron, RAAF

After a short period in Head Office, Bill was called up for compulsory military service for a couple of months with a CMF Engineers Unit at Trawool near Seymour. He then returned to the FCV Head Office. About this time Bill, and his brother Jack who was also a Forest Officer, tried to enlist in the Air Force, but Forestry had been declared a Reserved Occupation, so their applications were refused. Eventually, Jack was allowed to join the RAAF and later still, Bill was also permitted to join on leave from the FCV.

In the meantime, after a short period in Head Office to become familiar with office procedures and personnel, Bill was posted to the Neerim South Forest District. After a short period Bill became Assistant Forester at the Toorongo Sub-District, which was the centre for some extensive timber salvage operations following the 1939 bushfires. There were five sawmills, other operators felling the killed trees into logs that couldn't be utilized immediately but had to be carted into dumps and covered with water to preserve them for future use. There were two camps, one for road construction and one for timber salvage operations.

On the 9th October 1942, Bill was finally enlisted in the RAAF, and on 1 January 1943 Bill started Preliminary Flying Training at Benalla. He went on to serve overseas in Canada, England, Cairo, Palestine, Italy and Gibraltar, much of that time with 458 Squadron.

Towards the end of 1945 Bill entered the School of Forestry at Oxford to study for a Diploma of Forestry, the subject being the Identification of English Trees from Aerial Photographs. He began the course in February 1946, and completed and passed the Diploma by the end of October. He returned to Australia and reported back to the FCV for duty after Christmas 1946.

When Bill resumed employment with the FCV after the war he spent a short time again in Head Office before being posted to Taggerty District to assist Roly Parke, who had not long returned from England where he had been in the Army with the 2nd Forestry Company. The FCV anticipated a possible busy fire season, and Taggerty was a central area to provide assistance if required. However, Keith McRae at Mildura became hospitalised, and being single, Bill was transferred to Mildura to replace him for a couple of months.

Bill was transferred to Stawell in 1948. It was a District with a large area, including the Grampians. There were also four overseers and six other men employed. In 1948 his next move was to Castlemaine, where the District Forester had recently died. He was at Castlemaine for about 18 months. The main forest operations consisted of supplying firewood to the vast numbers of people at that time in Melbourne who had to live on sustenance, and the FCV were employing immigrants on two year contracts, to thin the forests to supply the firewood, which was then transported by train to Melbourne.

Following Castlemaine, Bill went temporarily to Woodend. There was another camp of migrants there who were employed on silvicultural improvement works. While at Woodend, Bill had to conduct a Forest Foreman’s school at Kinglake West. Most of the students at the Foreman’s School were employed forest workers who were seeking more responsible employment. There were 23 applicants and all passed the course except one.

In 1950 Bill was appointed to the Woods Point Forest District and stationed at Matlock. There was a Forest Overseer there as an assistant and a camp of five men, and a Fire Lookout man in the fire season. The main work was supervision of logging operations of fire killed timber from the 1939 fires. While here he met Betty Rae, who worked in the office of the Morning Star Gold Mine, and at times operated the petrol pump at her Uncle Neil Ross’s garage. He married Betty on the 24 October 1953.

Bill continued to supervise the Woods Point District from Matlock through the winter of 1952, which turned out to be difficult. Falls of snow up to 2 foot 6 inches deep often blocked the roads, caused breaks in the phone line, and when the melting snow slid off the sloping roof of the house, it pushed the stove chimney over - the stove should have been put at the end instead of the sloping side of the house. Although the truck was in a partly open shed a frost combined with the snow, froze the water in the engine and caused it to crack. With dead trees everywhere, keeping the roads clear of fallen trees was very difficult.

On 4 August 1952, Bill was again transferred, this time to Bendigo, to temporarily replace a forester who had gone on three months long service leave. When that forester returned from leave, Bill also took some leave and then had to report to Beaufort to help Stan Butler for a while. Bill’s next posting was to Mirboo North to relieve for the Officer there till the end of the year.

On 5 January 1953 Bill was transferred to Dimboola in the Western Division. At first he batched at Wail Forest Nursery, where he occupied a hut for a while until he found a house in the town. The Dimboola Forest District included all the Crown land and Reserved Forest west of the Henty Highway to the South Australian border, and north of the Casterton boundary in the south, to the south of the Mildura boundary in the north. It used to take in the Little Desert – now National Park, and the Big Desert. The importance of the nursery at Wail, about five miles from Dimboola, was that it provided plants specifically suitable for growing in the Mallee and Wimmera.

The work at Dimboola was very interesting. There were three sawmilling operations, in the vicinity of the Wimmera River and the two lakes, and the selection of trees to be felled for sawmilling had to be carefully controlled.

He was at Dimboola for nearly three years and on 20 September 1955 the family transferred to the opposite end of the State. They went to Cann River District to live at Noorinbee. The District was extensive, from the sea in the south to the border with New South Wales in the north and half way to Orbost in the west. 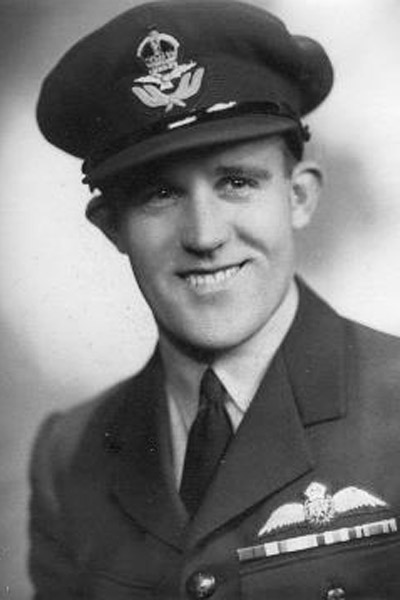 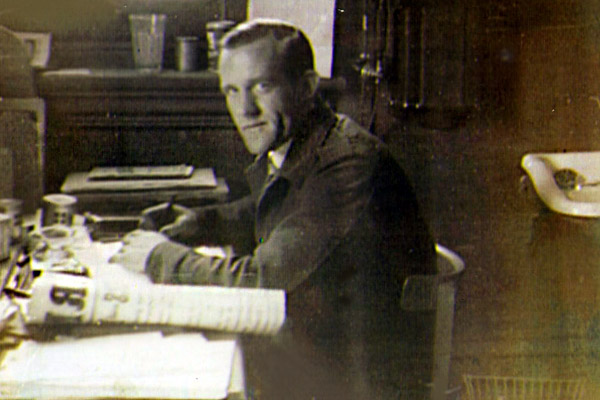 There were half a dozen sawmilling or logging interests operating which had to be supervised. The staff consisted of an Assistant Forester, an office clerk, a Leading Hand and five men in the camp at Noorinbee.

The main difficulties were the lack of facilities for a mother with a two month old baby, the remote location and no electricity. Later on an electric light plant no longer needed elsewhere was supplied but no-one in was interested in quoting to install it, so Bill did it himself and put the light onto the house and the camp.

The other main troubles in autumn and summer were the known grazier fire bugs of whom there were several. There were no licences for grazing in the forest, but on some hot days with the wind in the right direction, patches of forest would get burnt, and perhaps be enlarged later on. It was impossible to catch the fire bugs in the act.

After nearly two years at Noorinbee, Bill received a transfer to Casterton in the Western District, where the family stayed put for seven years, until October 1964.

At Casterton, Bill was made aware of a large redgum on private property which deserved to be protected. One Monday morning when the men came to work they contacted Bill to let him know that they had heard that the local sawmiller had permission to remove the tree. Bill contacted the property owner and the sawmiller, and negotiated an outcome in which the FCV paid the owner the royalty value of the tree and the owner donated an acre of land round the tree to become Reserved Forest. It became a “Significant Tree” in the State register.

On 1 October 1964 Bill was promoted to Assistant Divisional Forester, and posted to Horsham in the Western Division. The work now involved more Regional meetings, visiting districts to confer with District Foresters, reports etc. and land applications.

On Friday the 18 June 1965, following the death of the Assistant Divisional Forester at Bendigo, Bill was transferred to Bendigo in the Northern Division.

The Wychitella forest near Inglewood was Mallee Fowl habitat, and Bill decided to try and re-introduce the species. With two or three helpers, and the help of a retired poultry farmer, Bill acquired about 100 Mallee Fowl eggs, incubated successfully some 60 plus chickens and then raised them until they were about six weeks old. Then they were distributed about five at a time to about 12 locations where old Mallee Fowl mounds had been located. Afterwards there were a few reports of mature birds, but no indications of longer term success.

Bill retired from the FCV in 1978, but continued his keen interest in the natural environment. He produced tape recordings of bird calls, took hundreds of photographs of native birds, and gave a number of talks to Bird Observer and other clubs.

As a member of the Theatre Organ Society for several years, Bill helped to renovate a large expensive Christie Theatre Pipe Organ, but after several years attempting to persuade the Bendigo City Council to provide the cost for installing it in the Eaglehawk Town Hall, the Society decided to disband and the organ was transferred to the Victorian Organ Society in Melbourne.

Bill was also a member of the Australian Wild Life Sound Recording Group of about 60 members including three in England, and two in the USA. When the Group became incorporated in 2003, Bill was elected to be its first President from 15 October 2003 to 14 October 2005.

Bill died peacefully after a long illness aged 96 years on 1 Dec 2014 with his beloved Betty and Neil by his side.