Straddling the 37th Parallel and fringed by the Southern Ocean, the south-east corner of the land known since the early 1800s as Australia forms part of the smallest, lowest, flattest and (apart from Antarctica) the driest of the world's continents.

In many ways Australia’s south-east corner is atypical. It includes significant areas of forest and woodland that are dominated by species of the genus Eucalyptus. The landscape includes a diverse range of nationally and internationally significant ecosystems, is home to the planet’s tallest flowering plant, significant areas of cool temperate rainforest and widespread areas of woodland in areas that receive less than 300mm of rainfall a year. Australia’s south-east also contains some of the highest, most rugged and remote parts of the continent.

People have lived in the south-east for tens of thousands of years. Over the millennia much knowledge was gained about the relationship between the landscapes, the climate and weather, the soils and the flora and fauna. This knowledge significantly informed and benefitted community lifestyles.

At the end of the 1700s Britain initiated a movement of people from other lands, initially into the south-east and, following the discovery of gold in the mid-1800s, this human migration became a flood.

One of the many consequences, particularly in the south-east, of this dramatic population increase was the marginalisation of First Nation peoples and, concurrently, the loss of much of their related ecological knowledge and expertise.

To the new arrivals, overwhelmingly from the northern hemisphere, Australian landscapes were, in many ways, bewildering. The English naturalist Charles Darwin ended a visit to Australia in 1836 saying "…Farewell Australia! You ... are too great and ambitious for affection, yet not great enough for respect. I leave your shores without sorrow or regret…"; while earlier, on seeing the marsupials in Australia for the first time and comparing them to placental mammals remarked "….An unbeliever … might exclaim 'Surely two distinct Creators must have been at work'…"

To most newcomers Australia was also geographically huge and concern for the environment, and for the development of a culture that fostered the ‘wise use of natural resources’, took time to evolve. This website, among other things, examines that evolution, from the early British colonial days to the 1990s and the approach taken, particularly after 1907, when the first government agency dedicated to the conservation and ‘wise use’ of natural resources was formed in the then State of Victoria.

The creation (in 1908) of a State Forest Department and of a related Forests Commission (in 1918) arguably represented the first serious attempt by government in Victoria to embrace the need to study, care for, and to manage what had previously, in community parlance, been known widely as a major element of the ‘wastelands of the Crown’.

Many people have played a role in managing these 'wastelands of the Crown'. There were those who fought for their protection and conservation from the very earliest of days, and of course those who over a long period managed the production of essential resources for a rapidly expanding Colony, and then State. This site has a focus on the people who shaped our forest environment. Their stories are an inevitable part of the narrative, because they allow us to understand the times and the circumstances under which forest management decisions, large and small, were made.

The larger forest management issues this website seeks to address include: 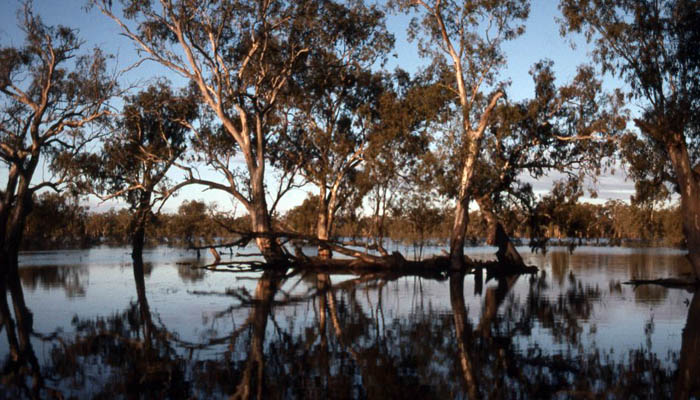 Through a collection of images, videos, historical documents and personal recollections, this website examines the legacy of our forest managers. The site is, and will of its nature remain, a ‘work-in-progress’, and comments, queries and opinions are welcomed, and indeed sought.

The Forests Commission Retired Personnel Association (FCRPA) hopes you will find this site both interesting and informative.

1. Britain’s Australian colonies had federated, in 1901, to form a new nation.
2. Victoria is the second-smallest of Australia’s six States, covering 227,600 km² - roughly the size of the U.K. Its capital, Melbourne, is now Australia’s second largest city, with more than five million people (some 80% of the State’s total population).