The continuing evolution of the art and science of conserving forests is founded on the vision of our predecessors, and one of those predecessors who deserves attention is Walter Zimmer. The quote from Sir William Deane, which appears in the header of this website, epitomises Walter's contribution towards recognizing the need for diligent empirical research to gain an understanding of Victoria’s forest ecosystems and their conservation for a wide range of values and uses.

Walter graduated from the Victorian School of Forestry in 1917 and was therefore among the fourth group of graduate foresters, seventeen in all, since the school's opening in 1910. This was prior to the formal gazetting of the Forests Service in early 1919 as a Commission. He graduated in an era when some of our most eminent early botanists had reported on some of the fundamental characteristics of our forest and woodland species. Walter was to prove that he too had the vision, aptitude and diligence to use the work of others, and his own, to lay a foundation on which empirical field research would reveal the complex interacting factors and the management required to achieve seedling regeneration of Victoria’s eucalypts. 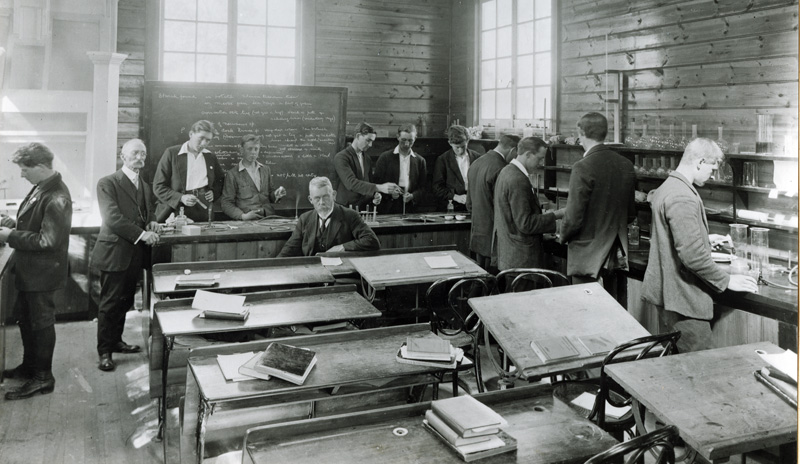 Following his graduation from the VSF, Walter's early years were spent at the Macedon Nursery and Heathcote before he was appointed District Forest Officer at Lal Lal in 1920.  Positions at Tarnagulla and Glen Park (Ballarat) followed before his appointment as the DFO at Gellibrand in 1927. On March 9th 1929 he was appointed District Forester at Mildura – Western Region. The following extract from Mildura's Sunraysia Daily of January 22nd 1926 suggests he may have worked in the Mildura District prior his formal appointment there; it also reflects some typical routine work in forest districts:

“For cutting timber on Crown lands without having first obtained a permit, Walter Mark Murray, of Karawinna North, was fined £3, and ordered to pay 35/- royalty, by Mr. E. E, O’Grady, P.M., at the Mildura court yesterday. Evidence was given by W. J. Zimmer, district forester, that on May 5 he inspected Crown lands at Karawinna, and saw that 30 pine trees were cut. Subsequently he visited the defendant’s farm and saw that the posts were being used in the erection of a slaughter-yard. Questioned about the timber, the defendant at first said that he got it from private property, but afterward admitted having cut the trees on Crown lands. For having cut and removed dead timber on Crown lands at Karadoc, John Robertson and Neil McQueen were fined 5/- and ordered to pay 1/- royalty. Costs 3/6, were awarded against each defendant.”

However, it was with his work describing the flora of northwest Victoria that he really made his mark in his chosen field.

“Apart from spasmodic records by visiting Melbourne naturalists, the vast Murray Mallee was not properly described until Chief Forester WJ Zimmer’s Flora of the Far North-West of Victoria, first published by the Forests Commission in 1937. Mr. Zimmer worked the country from Hattah to the South Australian border and north to the Murray during his ten-year residence at Mildura; he has classified all his species (almost 700 vascular plants) on an ecological basis, the Vegetational types being closely correlated with soil profiles.” 1

As a consequence of this body of work he was elected to the 'Fellowship' of the Linnean Society2 of London in 1940. In that same year, on 29th  September, he was promoted to Divisional Inspector of Forests at Wangaratta (North Eastern).

In 1950 Walter relocated to Head Office in Treasury Place, Melbourne as Silvicultural Officer and, in the early 1950s, set about establishing the Forest Commission’s Research Branch, which had its beginnings in the basement of a building at 188 King Street. Here under his guidance another visionary, RJ Grose, set about unravelling the laboratory germination characteristics of Victorian eucalypts (among many other studies), assisted by young foresters, several committing their careers in forest research with high distinction.

Ferdinand von Mueller had done much to improve the understanding of Victoria's flora but, from a forester’s perspective, the most valuable text soon after Walter's graduation was Handbook of Forest Trees for Victorian Foresters published in 1925 by Alfred J Ewart, DSc, PhD, FLS.3; the Preface highlighted:

"This work is primarily intended to be of use to Forest officers and to students of Botany and Forestry. It deals with the botanical and economic side of Victorian Forestry … that it will be found useful to all who are interested in our native trees … in addition an account is included of the chief exotic soft woods, since a knowledge of these is important to the forester."

However, while von Mueller's studies and Ewart's book comprehensively described many morphological characteristics of Victoria's vegetation, they did not delve into the detailed silvical characteristics that must be met in devising silvicultural practices to achieve specific management objectives.

The third reference of great significance to Australian forestry, Growth Habits of the Eucalypts, was written in 1955 by MR Jacobs 4, the then Principal and Lecturer in Silviculture at the Australian Forestry School in Canberra. This work drew attention to many fundamental parameters concerning growth habits underpinning the management of eucalypt forests. For example, Tree (seedling) Percent – the average number of 2-3 year old seedlings which become established in a forest from each 100 seeds naturally shed or direct sown onto naturally occurring or prepared seed beds. Jacobs drew attention to the many complex interacting factors involved but also indicated:

“The author is unaware of any extensive controlled work on the tree [seedling] per cent obtained in the natural regeneration of eucalypts under forest conditions, but from observation of a number of examples of broadcast [direct] sowing would expect a very low figure by world standards.”

In other words the fundamental knowledge required for satisfactory regeneration of our eucalypt forests following harvesting was still poorly understood.

This was a matter also concerning DH Ashton, Some problems concerning the regeneration of Mountain Ash and, separately, RJ Grose A discussion of some problems associated with Natural Regeneration of Eucalyptus gigantea in Victoria. Both authors presented the papers to Section K, ANZAAS Conference Melbourne in 1955.

In his role as Silvicultural Officer, Walter oversaw laboratory studies of seed germination which identified the role of temperature and light conditions, inherent dormancy and induced secondary dormancy characteristics of ‘ash-type’ eucalypts. This knowledge underpinned extensive empirical field studies on the natural regeneration of eucalypts and, in turn, the knowledge underpinning extensive regeneration of harvested forest by direct seeding from aircraft.

Walter retired in 1962 after 44 years’ service, including 13 years as Silvicultural Officer. His vision and inspiration “fathered” the Forests Commission’s Research Branch.

3 Professor of Botany and Plant Physiology in the University of Melbourne and Chairman of the Forests Examination Board. Published by HJ Green, Government Printer Melbourne 1925.

4 Published under the auspices of the Commonwealth of Australia, Forestry and Timber Bureau, Department of the Interior – Commonwealth Government Printer 1955. 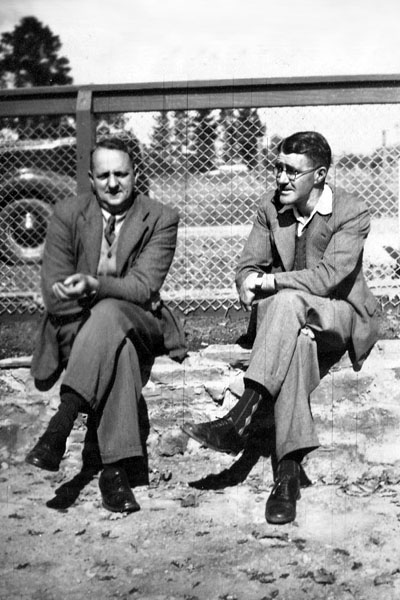