Silvics is the term used for the characteristics that define the life history, growth, behavior and ecology of a tree species. It is often linked with silviculture, which is the application of silvics to the management of trees in order to enhance the reproduction, survival or growth of a specific tree species." (Reference)

There are six broad forest types in Victoria, and each of them have distinct silvics which in turn mean that their silviculture is different. Mountain Ash, Alpine Ash and Red Gum generally occur in pure stands. Low Elevation Mixed Species (LEMS) is the most diverse type in terms of numbers of species and distribution. It combines both foothill and coastal mixed species types. High Elevation Mixed Species (HEMS) occurs generally above elevations of 700m, meaning the climate and species mix is different to LEMS, although of course there is an overlapping area where one type grades into the other. Box-Ironbark forests are those which include a number of distinctive eucalypt species in varying proportions, with the common names of "Box" and "Ironbark" predominating.

Note: Eucalypt mixed species forests in Victoria are widespread from the western border to the eastern tip, and from Bass Strait in the south to the northern slopes of the Great Dividing Range. With such widely distributed forests there is significant variation in the range of species involved and climatic conditions under which they grow. These forests have been sub-divided into four main groupings for inventory and commercial purposes based on location and elevation. However, from a silvical viewpoint, CMS and FMS are combined into LEMS, and AMS and MMS are combined into High Elevation Mixed Species (HEMS).

All these types have been the subject of significant research over the last approximately 60 years, and each contributes significantly to economic, social and ecological values, including:

Between 2007 and 2015, Manuals which summarise the silvicultural knowledge base for four of these forest types have been prepared. They are available via the links below, and in the gallery beneath the Manuals you will find maps of the distribution of each type extracted from each Manual. 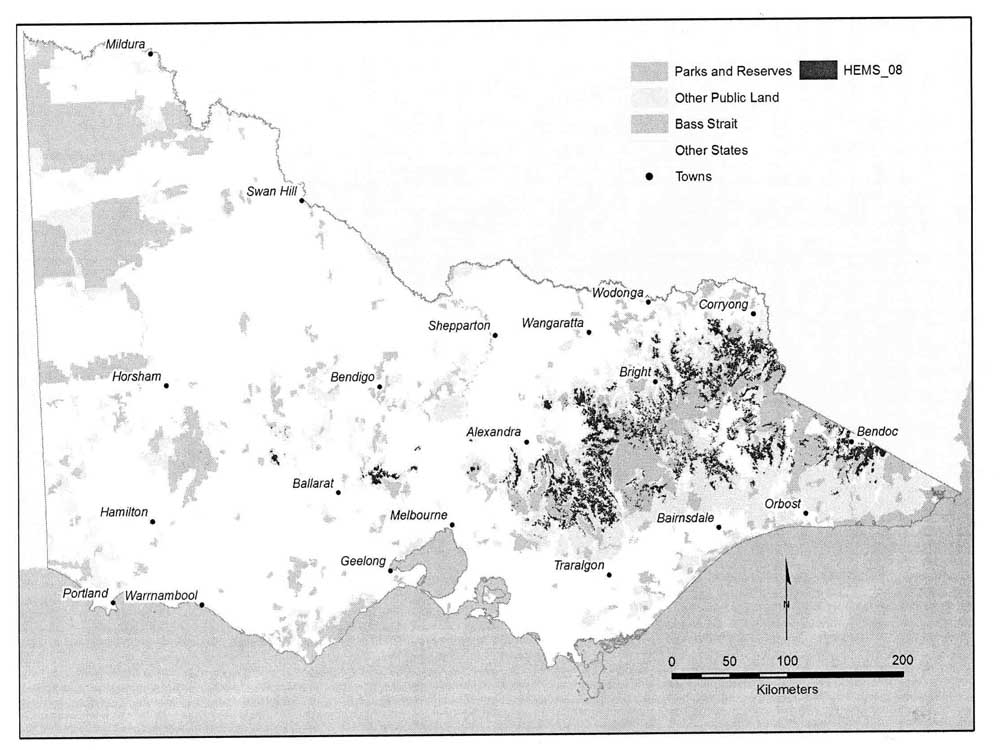 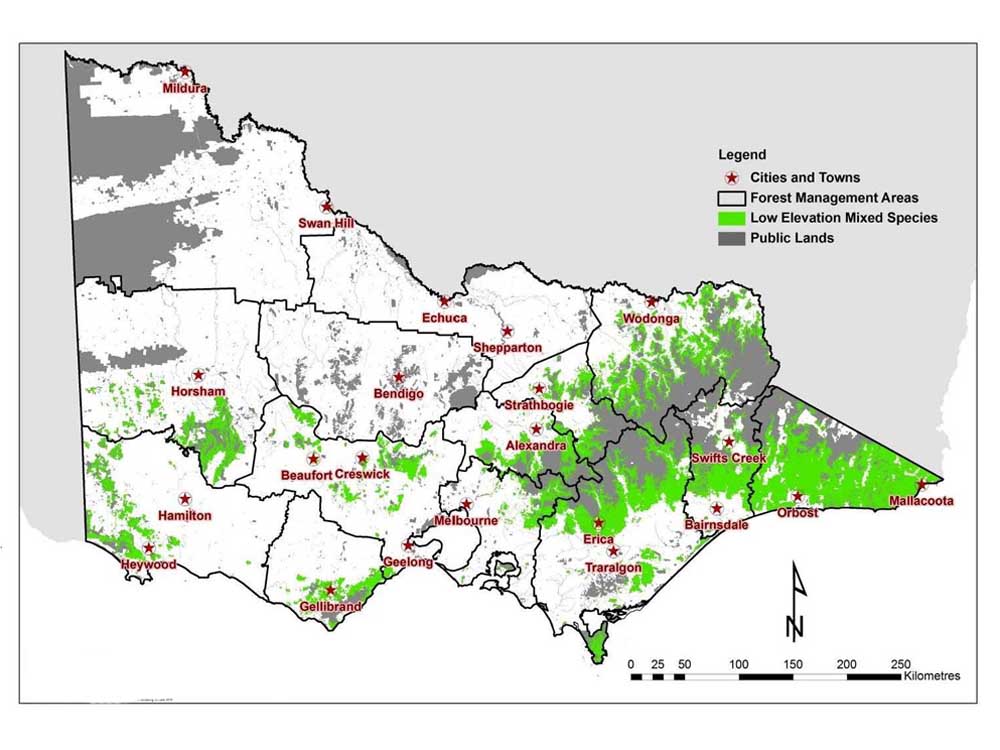 While there is no Manual that summarises the silvicultural requirements of the Alpine Ash Forest Type this article, based upon the research of RJ Grose, provides an excellent overview of the silvicultural requirements of the species, and you can see the distribution of the species in the Victorian Native Forest Types Map on this page.

While there is no Manual that summarises the silvicultural requirements of the Red Gum Forest Type this article, based upon the research of B Dexter, provides a good overview.