Victoria's Forests: Uses and Products in the First 100 years of European Settlement

For some 40-60,000 years Aboriginal Australians sourced food, shelter, fibre and clothing materials from the continent’s forests and the animals they supported. And from the time that settlers from Tasmania crossed Bass Strait in 1834-35 to squat illegally on land near what is now Portland and the Yarra River, the forests of Victoria have continued to supply the goods and services essential for the development and maintenance of contemporary society.

Squatters’ buildings were initially framed with round poles with roofs and walls of sheets of bark; occasionally split slabs were used in more substantial structures; sometimes Acacia sticks was used for stiffening mud walls (giving the plants the name of ‘Wattle’). Round timbers and/or brush provided stockyards and fencing. By the mid-1840s squatters had reached the Gippsland Lakes in the east, Echuca in the north and the Wimmera in the north-west. This rapid expansion meant a large and increasing demand for posts and rails for fences, split slabs for buildings, roof shingles and other timbers. In the 1850s, pit sawyers and, eventually, steam-powered sawmills, supplied sawn timber for the residences and commercial buildings of the growing towns which also required roads, bridges, wharves, timbers for boats, drays and carriages, and fuelwood. Other forest products, such as oils and honey, were also sought. Wattle-bark was found to be superior to most alternative materials for tanning. The second half of the 19th Century also saw the establishment and rapid expansion of the railway system and the concomitant demand for railway sleepers and bridges. 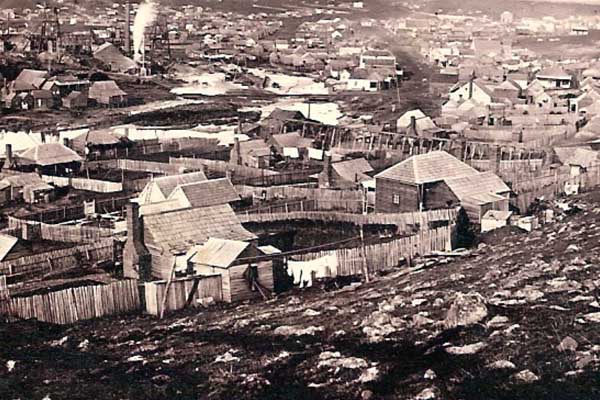 While much of the finished timbers for flooring, cladding and furniture were still being imported, by the end of the 19th Century the burgeoning communities were recognising the quality and utility of wood from Victoria’s native forests in meeting the wide-ranging demands for timber and other products.  For example, the 'Public Library, Museums, and National Gallery of Victoria', in 1894, published A Descriptive Catalogue of the Specimens in the Industrial & Technological Museum, Melbourne, Illustrating the Economic Woods of Victoria. The original of this catalogue was revised by Baron von Mueller.  This edition describes 181 plants and their uses including mention of oil extracts produced by "Mr Bosisto".  Formal research into native timbers began in the early 1900s and their utility promoted in 1919 in R.T. Baker's ‘Hardwoods of Australia and their Economics’. The 1920s saw experiments with eucalypt pulp and timber treatment processes, particularly seasoning.

Moray Douglas’ book ‘A History of the Forests and Forestry in East Gippsland’ describes the expansion of settlement and forest industries in that part of the State and the various products sourced from its forests.

In 1925 Alfred J. Ewart published his ‘Handbook of Forest Trees for Victorian Foresters’. As well as providing botanical descriptions for all of the principal tree and understorey species in the State, Ewart listed the economic uses of each species, providing detailed insights into how Victoria’s community had adapted to using its forest resources by that time. Many of the uses were related to the era of horse-drawn transport which, in 1925, was facing the new challenge of the motor-vehicle industry. So Ewart’s publication could be seen as describing the uses of Victoria’s forest products at the end of the pioneering era of the forest industries.

Information from Ewart’s book is included in the ‘Victorian Handbook’ for the Empire Forestry Conference in 1928 and later in the ‘Handbook of Forestry in Victoria’ for the Forestry Conference in 1935. The following tables are based on that in the 1928 Victorian Handbook but with supplementary information from Ewart’s 1925 Handbook. The tables also includes Ewart’s suggestions for some of the uses Aboriginal Australians made of the plants. 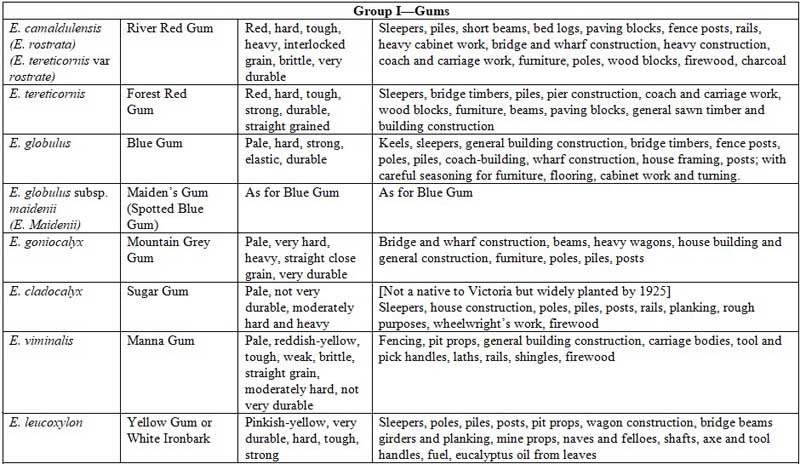 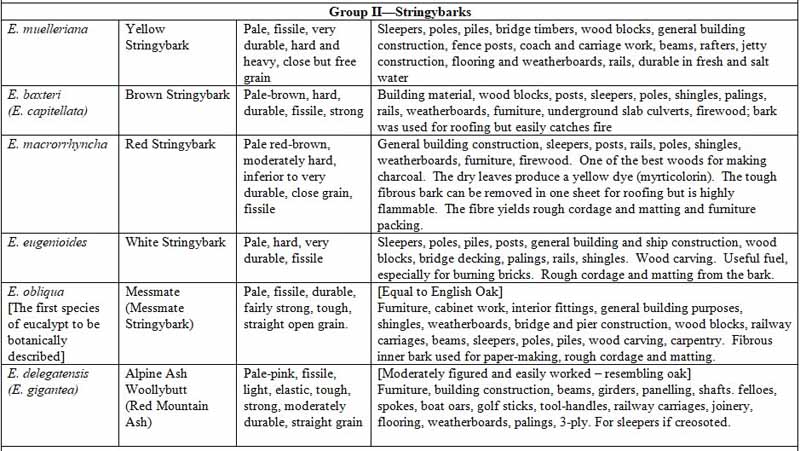 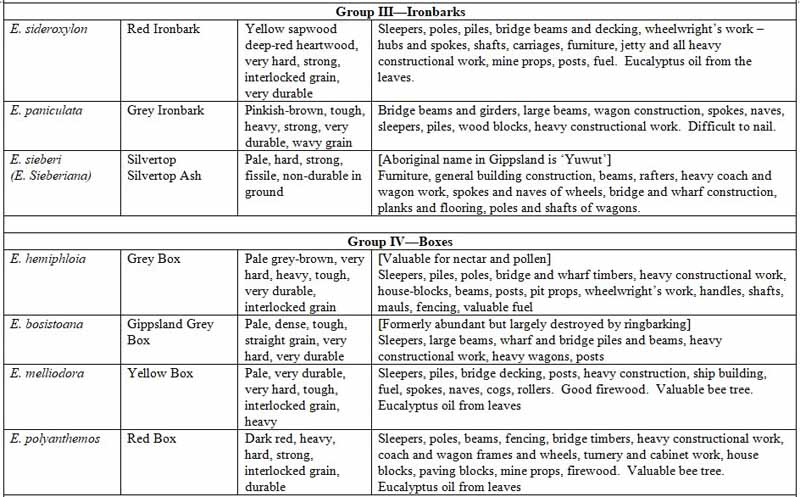 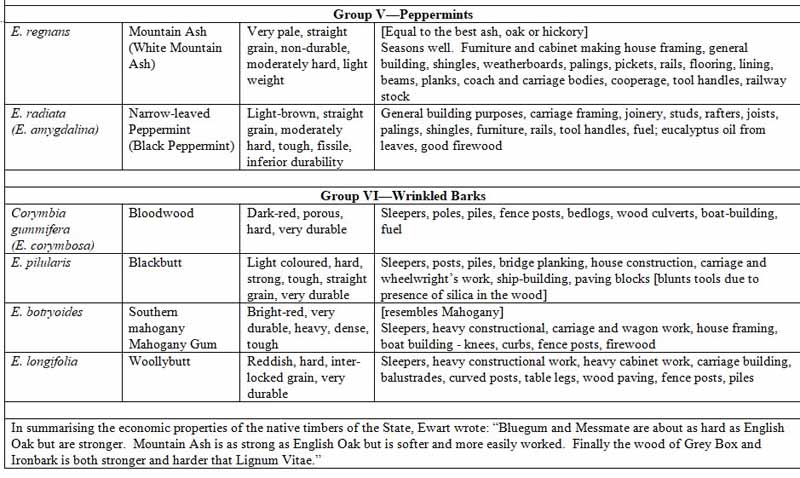