In the Full Story there are a number of links to maps. The map that covers the recconnaissance work of 1940 and 1941 is based on a 1959 FCV map of the Macalister River Watershed. A webmap is also available for this part of the story and you can access the Map here.

Following his graduation from the Victorian School of Forestry in 1936, and until December 1941, Jim McKinty was attached to the Forest Assessment Branch of the Forests Commission.

From January 1937 Jim worked with Bjarne Dahl’s assessment team at Snobs Creek and later that year along the Yarra Yarra Track on the Great Divide above Warburton. Then, from early 1938 and extending into January 1939, now with his own team, he assessed along the Victoria Range between the Yea and Acheron Rivers. This work was interrupted in January 1939 by the need to battle bushfires at Toolangi and East Warburton.

For the rest of 1939 and to early 1940, Jim’s assessment team worked through the Moroka River headwaters, using packhorses for transport, and then moved over to the Nunniong Plateau.

The Commission realised that the methodical surveys were too slow to produce the necessary information for planning the future of the timber industry. Jim was detached from the assessment crews to carry out a rapid reconnaissance of the largely unmapped mountain country of Gippsland to locate and estimate volumes in the remaining useful stands of timber, to determine when stands of ash regrowth would be available for thinning, and to identify those areas that could be made accessible with extra roading.

Starting on 19th February 1940, with local stockmen as guides and assistants, and “living like a dingo”, Jim reconnoitred the headwaters of the Macalister River system, particularly around the Bennison Plains, Connors Plains and west to Mount Useful, as well as the Barkly River catchment. He then worked through the Crooked River catchment and in the upper Moroka River. February 1941 saw him on the Dargo High Plains. His reconnaissance work finished on the 7th April 1941 in the Wentworth River basin. 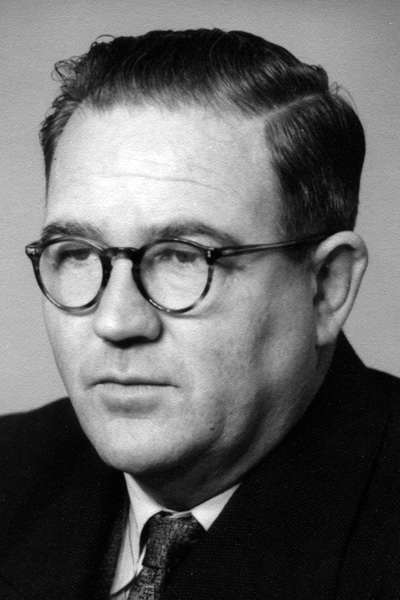