It was probably the late 1950s to early 1960s before the FCV started to put small dozers onto trucks as a means of getting rapid fireline building capability to forest fires.

Alan Walker, who commenced employment with the FCV at the Big River Camp in 1955 and subsequently qualified as a Fitter, says that the first FAD set ups he saw used small tractors used to pull softwood planting machines. (2021)

At least some of the early machines were equipped with V blades but:

"V blades were OK on the flat country and deserts but next to useless in the hills as they could not cut a bench on a slope to work on or from." (EG Stuckey, 2021)

Before trailer ramps were used for loading and unloading it was usual practice to find a road batter or similar to load and unload the machine, but not always without incident as Noel Fraser describes below.

"With a crew member (Bill) I went up to The Knocker logging coupe to prepare a regen burn. The small dozer was already loaded on a Bedford tipper from Bruthen and we left Swift's Creek and drove to Glen Wills and on up the Knocker track to find a place to unload the TD 9 as close as possible to the coupe and on reasonably level ground. As I had never done this before, other than on a roadside bank, I soon learnt that "nearly level" isn't quite the same as "level". As I moved the dozer very slowly forward to go down onto the blade I found out steel grousers on a steel tipper had no grip. Bill was watching from inside the cabin and he wasn't the only one in horror as the leading track hit the ground and the other one rose well above the tray. My Guardian Angel was kind and I was relieved when it landed back on the tray. I asked Bill to raise the tray slowly as I eased forward, now that I had the blade and track safe. At least Bill and I did a great slash burn." ( N Fraser, 2021) 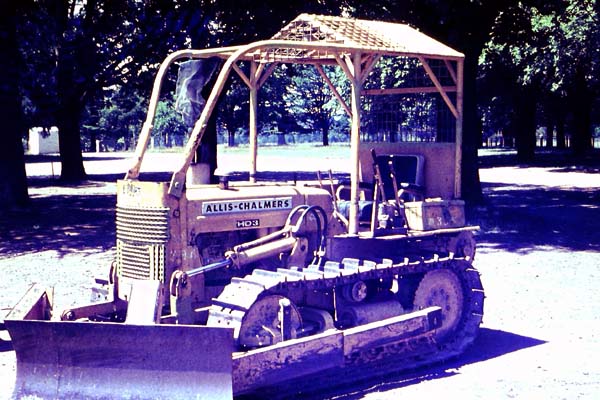 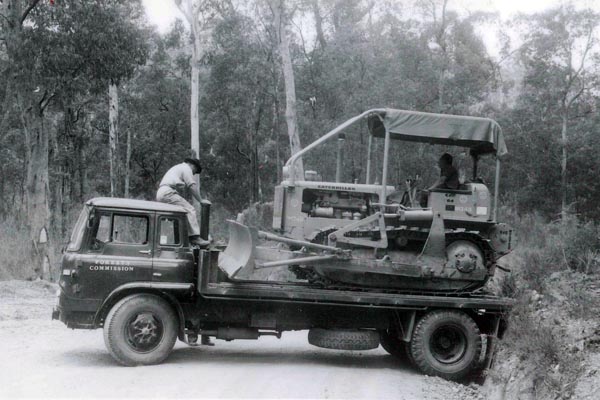 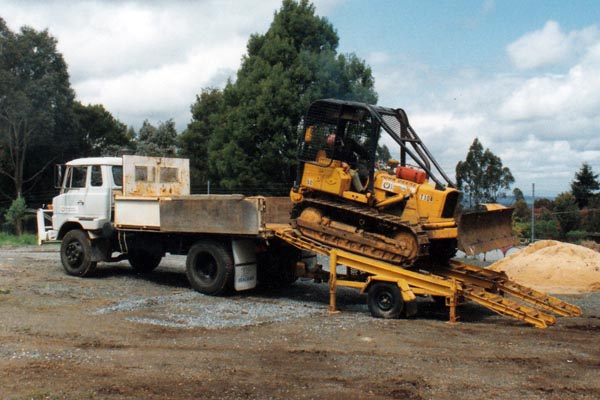