Firebombing has been an important wildfire suppression technique in forest fire fighting in Victoria since 1967.
This introductory article comes from a 1987 paper by  Athol Hodgson for The Fireman.
The complete paper is available here, and extracts from the article are provided below.
See also this article.

"In 1958, NSW fire authorities trialled a Tiger Moth crop duster to drop water on grassfires and sodium calcium borate on grass fires burning beneath low open scrub. The results were not encouraging although the NSW Fire Control Officer at the time, (H.R. Luke), commented that the technique could not be discounted."

"In 1964, the FCV experimented with dropping water thickened with bentonite clay from a Ceres aircraft. This was followed in 1965 using a Piper Pawnee to drop chemical retardant. The work included lighting experimental fires which were allowed to burn into the "footprint". It established that chemical retardant concentrations of 0.25 to 1.5 litres per square metre could be applied to ground fuel through a forest canopy and that it stopped a fire burning with an intensity of approximately 600 KW/m. These results were encouraging enough for the FCV to establish a fully operational firebombing system."

"The first recorded instance of the operational use of aircraft to attack a wildfire in Australia was in 1967 when two Piper Pawnees dropped chemical fire retardant on a small fire in remote mountain country near Benambra in north-eastern Victoria."

"In the 20 years since that event the technique has been developed to the stage where the current Victorian forest fire service (Department of Conservation, Forest and Lands) frequently uses agricultural aircraft to drop chemical retardants on fires in remote forests, and helicopters to drop water or chemical retardants to support ground crews working on wildfires." 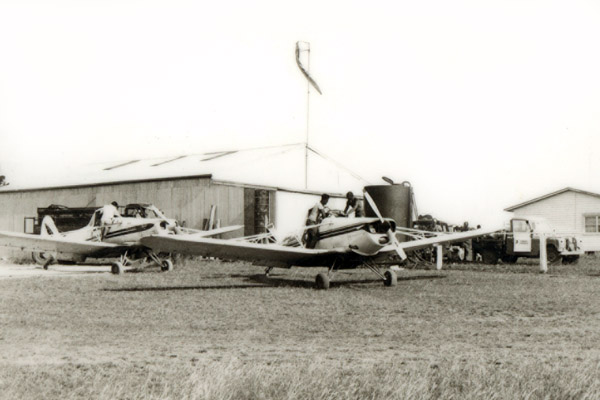 Benambra Firebombing Base
1968
Source: B Rees 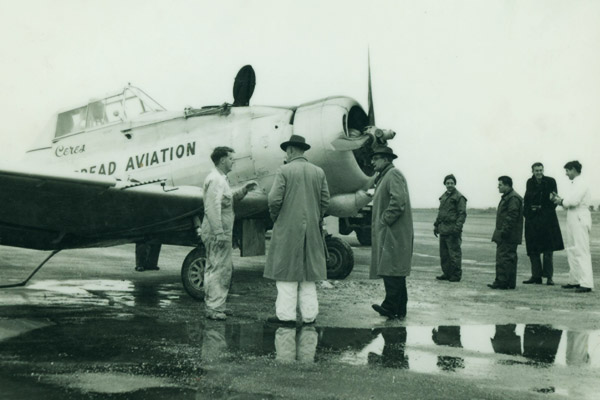 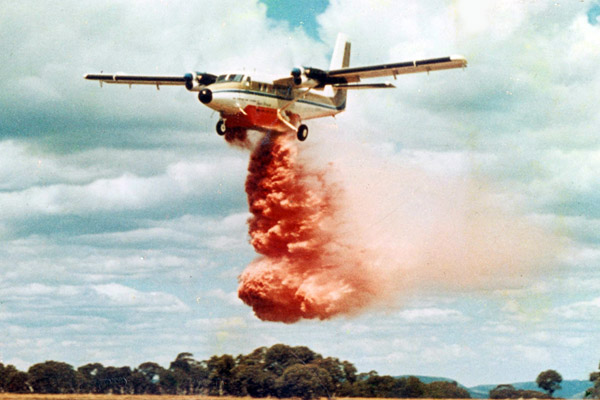 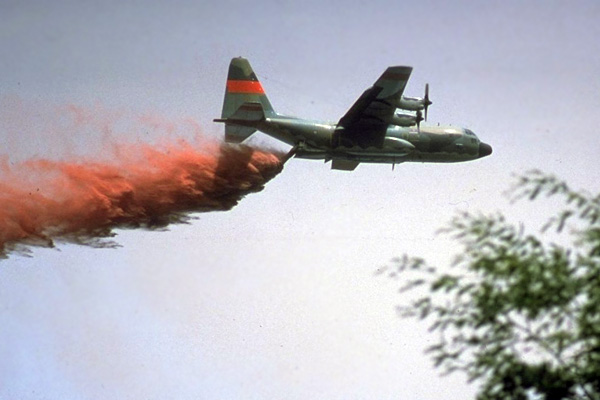